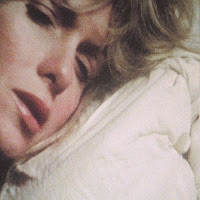 I heard this via a recommendation from an acquaintance. She'd discovered the album by accident (well before its Mercury Music Prize success), but despite being captivated by its unusual sound (Antony's voice is probably an acquired taste), she couldn't persuade any of her friends that it was any good; mostly they laughed at it. In desperation to find someone else who would appreciate it, and knowing my reputation as a man of catholic musical tastes, she almost forced the CD on me one day. Happily, I loved it too.

This is the first track and captures the atmosphere of the album as a whole; a mixture of hope and despair, fragility and strength, uncertainty and courage. It still sounds unlike anything else I can think of and the opposite of most pop or rock, containing only simple, sparse instrumentation. It sounds more like chamber music than pop. And Antony Hegarty's tremulous voice floats over it, also providing an eerie choir of backing vocals. Thought-provoking and beautiful.


Back to the complete Best Tracks of the Noughties.
More pointless drivel from mark

Stored in the circular file under music, noughties