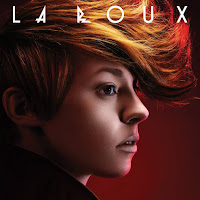 I don't follow new music any more (and yes, 2009 does count as "new" for this old fart) but I'm vaguely aware that there have been a number of what I can only call kids around recently who have been inspired by early 80s synthpop. La Roux was what happened to come up in my recent second hand trawl. For them, listening to Yazoo is probably like rediscovering Frank Sinatra's fifties' classics would be for me - this music created ages before they were born and therefore having a retro-cool not apparent to those of us who lived through it the first time.

But actually, the idea of revisiting synthpop appeals to me. Firstly because it's the sound of my youth. Not just the obvious reference points - early Depeche Mode, Human League, Yazoo - but a host of lesser lights, like Howard Jones, Bronski Beat, OMD and many more were my listening as I entered adolescence and they still evoke a wonderful sense of potential. Secondly though, although it might be sacrilege to say it, a genre is often better the second time around. I think a canonical example of this is Oasis. Everyone says they're massively derivative; maybe so, but find me a Beatles or a Faces track that actually sounds as massive as "Slide Away". This is probably because any such revival is not usually a slavish reproduction of the sound of that era (unless you're Denim); it's inevitably informed by more recent innovations, in both subsequent musical genres (house in particular) and technology (all of Oasis' records are much better recorded than most 70s rock - Led Zeppelin's albums are particularly poor).

So it proves with La Roux. It's choc-full of early 80s Casiotone goodness, with some lovely crunchy sawtooth tones, great singing and, most importantly, plenty of superb tunes. My favourite song has changed several times over the two weeks I've had this album and, as has been observed before, this is a sign of a good album. Currently my favourite is "Cover My Eyes", a lovely tune and sweet, sad lyric. I can hear this being covered as a clichéd acoustic guitar version on X-Factor, but here the tinkly electro background (very Vince Clark) adds to the pathos, I think. But at other times my favourite has been variously "In For The Kill", "Bulletproof" and "Tigerlilly". A great find.
More pointless drivel from mark