A Point Of View by Clive James (2011)
This is a collection of 10-minute scripts written for Radio 4, rather wonderfully also available in their entirety, for free, in text on Clive James's web site and in audio through the BBC iPlayer. The book adds an introduction and a postscript to each piece, slightly undermining the author's statement in the introduction that his principal aim was concision. Nevertheless, each piece is a little nugget. Now that I have listened to a few, I prefer the written versions, because, such is the author's skill at compression, I can't comprehend the messages in real time. Or possibly I'm just too slow. 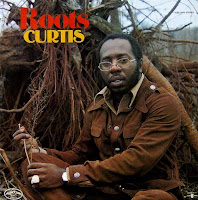 This is a grower, a tasteful, impeccably played and produced soul/funk delight. It didn't grab me straight away - I thought it was a bit too polite. In this respect it reminds me of the classic Steely Dan albums such as The Royal Scam, Katy Lied, or Gaucho, all of which I was non-committal about on the first few listens. Eventually, the sheer quality of the musicianship and melodies sunk in, just as it has with Roots.

However, it still doesn't really do it for me, even though I like it. I think this might be partly to do with Curtis Mayfield's voice, which is light and pleasant, but lacking the kind of emotional phrasing that Stevie Wonder has made his own (say, on "Living In The City") or the basso growl of Issac Hayes. Mayfield just doesn't put the songs across with the same force, and so the tracks are in danger of being background music.
More pointless drivel from mark No comments:

In which I attempt to put a case for spending money on a cheap guitar, and document the process itself.

I've had an old Squier Strat for a little over a year, given to me for free by a guy at work. I took it because I couldn't resist the idea of a free guitar and because part of me still regrets selling my Strat Plus. It's not really correct to say that nothing else sounds like it, because the design has been copied so much that in fact plenty of other guitars sound like it, but there are certain tones you just can't get with a Tele or a humbucker-equipped model like my Gordon-Smith GS2-60, much as I like them both.

Dating an old Squier is a little approximate - in fact, Fender won't commit themselves for any pre-1993 instruments - but going from other information on the 'net, not least the Wikipedia page, the indication is that mine was made in 1991 by Samick, and thus is a fairly early Korean Squier. It has a very acceptable maple neck and a red painted body which is probably "laminate" (otherwise known as plywood); that is, it's a collection of bits of wood glued together. It's not possible to tell because it is entirely painted, even inside the control cavities.

If you think that romantic fiction is all hearts and flowers and other soppy stuff, then you've not read enough - category romance has something for all tastes. Generally, the more rosy pink the cover, the more purely romantic the story, while more intense colours indicate racier content.

These three books, in one volume with a dark purple cover, are very explicit - bordering on erotica. (And it's definitely the first time I've seen furries or plushies mentioned in one of these kind of books!) There are still the emotional journeys required of any romance, although you might miss them in amongst the constant sex, and a hint of drama in a couple too.