The Week (3 January 2015 / Issue 1003)
The Book Of General Ignorance by John Lloyd & the QI Elves (2006)
aka "The Stephen Fry Lectures", or the scripts of facts he reads out after the "contestants" on QI have finished making jokes. Its possible origin as prompt cards on the TV programme may account for the slightly irritating written style, using a sentence per paragraph in the manner of a Daily Wail article. Still, choc-full of interesting tidbits to be quoted at people (although no citations for verification).
Guitarist (February 2015 / Issue 390)
The Week (10 January 2015 / Issue 1004)
One Summer: America 1927 by Bill Bryson (2013)
Endlessly entertaining but also just a bit endless. Bryson seems to be finally suffering from an ailment common to other very successful authors (notably J.K. Rowling); an over-indulgent editor. A lesser-known author would be more robustly curtailed, one feels. Bryson's trademark asides and fascinating details are all here, but perhaps a little more than necessary. Still, a very interesting book about a time in history that feels close, yet so far away.
The Auto-Biography by Mark Wallington (2013)
A very amusing "life in cars", in which the author recalls the various cars of his life and how they have been interwoven into his own life story, from his parents' first car to his own current car. This is not an enthusiast's nerdy, dull recital but an average man's story. Good fun.
The Week (17 January 2015 / Issue 1005)
The Week (24 January 2015 / Issue 1006)
Inside Out: A Personal History Of Pink Floyd by Nick Mason (2011)
Originally published in 2004 but reissued and updated with additional material about what looks likely to be the definitively last proper Floyd reunion, the 2005 Live 8 concert (although you never know I guess). Gently amusing and gently interesting, but didn't really capture me much. Whether this is because I've never been a massive Floyd fan, or because (auto) biographies don't really interest me, or because of the sense of detached irony that Mason brings to his commentary, I don't know. Took me a long time to finish.
Little Beach Street Bakery by Jenny Colgan (2014)
A sweet, warm book about a woman who escapes to an outpost of south England and ends up opening a bakery. A nice mix of a little drama and a little love; possibly could have done with being a touch shorter (we all know how it's going to end, stop spinning it out!) but very pleasant nonetheless.
The Week (31 January 2015 / Issue 1007)

The Art Of Doing Nothing

Not really nothing at all 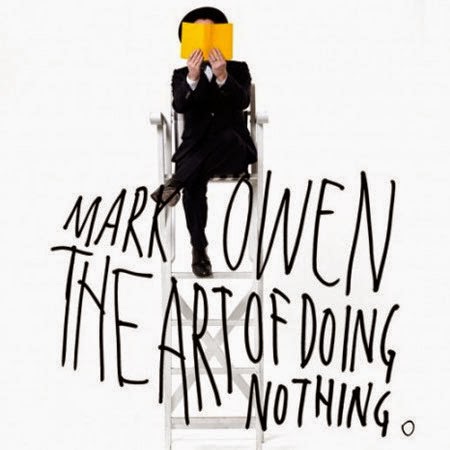 I've been going through a Take That phase for some reason. Take That have achieved something no other band I can think of have: their reunion/comeback has been more of an artistic success than the original incarnation. Much of the original Take That material sounds callow, while the second time round the hit songs are pinnacles of pure pop: tracks like "Patience", "Shine", "Rule The World", "Greatest Day" and "The Flood".

The latter track comes from Progress, the big reconciliation album with Robbie Williams. Perhaps inevitably there was an accompanying documentary, and one thing struck me while watching it, which was this clip of Mark Owen recording a vocal - headphones on, so all we can hear is his voice and not the track. Until then I hadn't realised how noticeable his rhotacism is - he can't pronounce his "R"s. It doesn't stick out in the context of a track but, once you start listening for it, you can hear it - and I personally find it rather endearing.

Obviously Gary Barlow and Robbie have had their solo careers but less well known is that Mark Owen has also released four albums. They haven't been particularly successful - he's quoted as saying that he doesn't have Ferraris, he has his solo albums. I decided to have a listen (what a wonder Spotify is) and chose, for no particular reason that I can remember, this one, which is the most recent.

I wasn't expecting much, but have been pleasantly surprised. There are a good number of very listenable tracks. The first to grab me was the first track, "Giveaway", an unexpectedly moody and atmospheric start to an album, with a nicely echo-ey, electronic feel. "Stars", which was the lead single, has more of a beat and a great chorus. My current favourite is "Heaven's Falling", which builds nicely and even has a kind of rap section (which I quite like).

All are pretty electronic in feel, mostly based around initial synth chord sequences (which, if videos of the tour are to be believed, Mark played himself), and all build in a similar, but effective, way. He's clearly learned a thing or two over the twenty years of working with the best writers and producers, and I guess he can call on a few people too. Some tracks are a little derivative ("Raven" is a dead ringer for Coldplay) but overall, great pop.
More pointless drivel from mark No comments: