What The Dog Saw by Malcolm Gladwell (2009)
Despite knowing about Malcolm Gladwell, this is the first book of his I've read. I can see why he is popular: the articles (all originally from The New Yorker magazine) manage to condense some complex subjects into very readable, entertaining and thought-provoking pieces. In style, he reminds me of Tom Wolfe. There's a couple of pieces about Enron and their problems - their "star" culture and dodgy financial engineering - that come a little close to home for comfort.
Much Ado About Nothing by William Shakespeare (~1599)
An old favourite and the only Shakespeare play I have ever read. Mainly because of the 1993 film, which we watched load and loads, 20 (gulp) years ago.
The Week (28 February 2015 / Issue 1011)
The Week (7 March 2015 / Issue 1012)
Guitarist (April 2015 / Issue 392)
One-Hit Wonder by Lisa Jewell (2001)
A lovely, warm novel, that I (re)read at almost one sitting. One of my favourites. Great characters and a good story. Why hasn't this been made into a film?
The Week (14 March 2015 / Issue 1013)
Adventures In The Screen Trade by William Goldman (1982)
An absolute classic and a must for anyone with a passing interest in film, or in fact anyone who has ever watched a film. One of the kind of books you find yourself quoting at people whenever the subject comes up. I've re-read it many times.
The Week (21 March 2015 / Issue 1014)
The Week (28 March 2015 / Issue 1015)
Behind The Scenes At The Baked Bean Museum by Hunter Davies (2010)
Hunter Davies is probably best known as the author of the only authorised Beatles biography (a title he is likely to retain forever now), but I first came across him in the pages of Punch magazine in the 70s. This book is sub-titled "My Search For Britain's Maddest Museums" but my guess is that was imposed by the publisher, since the only really eccentric museum is the one in the title. The rest seem perfectly understandable - unusual maybe, but no more than others. He only visits eighteen, out of what I am sure are many more, and at least three of those are proper, legit businesses (or owned by one), like the National Football Museum in Preston (now in Manchester), or the money museum in Edinburgh. So really it's just a wander through a miscellany of museums. Entertaining enough though.

We get the politicians we deserve

"Every nation gets the government it deserves"


When you consider the hatchet jobs, launched by a media desperate to fill yawning caverns of space, and consumed by a complacent public uncaring about the collateral damage it causes to real people and real lives, you have to wonder who would willingly place themselves in that position. Perhaps people who are sufficiently thick-skinned or arrogant enough to not care about other people - at all?

When you consider the dredging up of personal information, the assumption by everyone that anything about a politician's life is fair game because they are in the public eye, and knowledge of which is regarded as a right by the general public rather than the invasion of privacy it is, you have to wonder what would motivate someone to put themselves there. Perhaps someone whose main aim is to further their own interests rather than to help people?

When you consider the pathetic small-mindedness of the political game-playing that rejoices in scoring the most trivial of points off the opposition rather than debating genuine issues and the demonising of people based on a slight difference of opinion, all a result of attempting to appeal to a public that refuses to understand or engage with the real issues, you have to wonder what kind of person suits that role. Perhaps someone sufficiently small minded and trivial to play the game well or think it worth playing?

We get the politicians we deserve.
More pointless drivel from mark No comments: 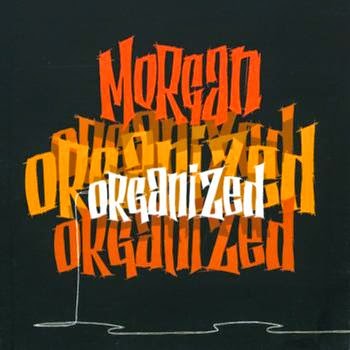 As I have mentioned before, my last great single buying period (er, OK, the only one) threw up a surprising number of good tracks. One of my favourites is a perky, organ-led groove called "Miss Parker" by the mysterious "Morgan". I knew nothing about it at the time and despite occasional searches, nothing more for some time.

I finally got round to buying it ten years later and, even later than that, some information emerged. "Morgan" is Morgan Nicholls, originally the bass player with Senseless Things, minor-league indie faves from the early 90s. This is a whole lot more prosaic than I expected from the single, to be honest.

Still, it shouldn't and doesn't detract from the album. Despite showing obvious influences - from acid jazz days (and JTQ in particular), most obviously on something like "When I Close My Eyes", plus a bit of Lemon Jelly (the Tom Jones sampling "At The Flamingo Hotel") - Organized (great title) stands up by itself. Stand out tracks: "Miss Parker" of course (although I prefer the Dust Brothers remix) and the laid back, hazy, Hammond-drenched "Soul Searching Part 1". "Something He Said" is also nice in a groovy, late-90s way. Well worth investigating.
More pointless drivel from mark No comments: