What Is Normal, Anyway?

I went to the library the other evening.  As I went in, a woman was standing at the counter venting to the long-suffering staff about something.  Because I walked in half way through, I don't know what her complaint was (I have a feeling she was annoyed at getting fined for returning books late), but I was in time to hear this pearl of wisdom:


"a normal person doesn't read more than one book a week"

Stored in the circular file under books, hobbies, library

As I have mentioned previously, I am a big fan of Christopher Brookmyre and have read everything he has produced - often several times over.  So having exhausted those books, I turned to an author that I had heard is similar, Colin Bateman (although the "Colin" seems to be MiA recently, presumably for dubious marketing reasons).

Stored in the circular file under bateman, book, brookmyre, review

Subtitled "The Science and Technology of our Everyday Lives", this book is a walk through a typical day in Adam Hart-Davis's life, examining a number of the inventions we use all the time, usually without thinking about them.  It's a tie-in for the TV series of the same name, which was shown on the History Channel in 2007. 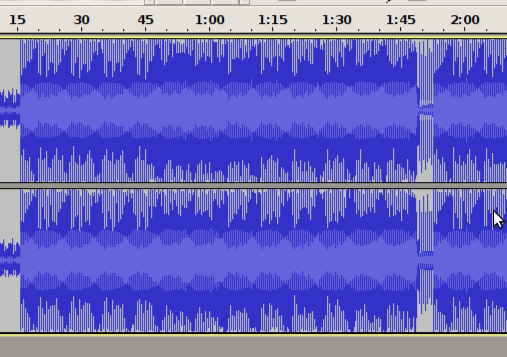 Yes, I talk of none other than Stardust's peerless "Music Sounds Better With You".

Probably a portmanteau of "prickling" and "tingling"; originated at about 1500 (yesterday) when K was trying to describe how her socks felt. Now generalised to include any clothes she doesn't want to wear.

Stored in the circular file under definition, K

I've been away on business for a couple of days and the time on the train and in a hotel room has given me the chance to do some solid reading.  Although you may choose to disagree with my definition of "solid" once you see what I've been reading.

I've been overweight pretty much all of my adult life.  Not gut-bustingly fat, but, um, "solid".  "Chubby", as one of my friends said the other day.  I honestly believed I was "big framed" or some such nonsense, and was envious of my sister for having inherited the "right" genes from the other side of the family that kept her looking so slim.  (Of course I didn't realise how much effort she put into that; I do now).

Failing to learn from the past

Here's a quote from a book I'm reading at the moment:

Only Lord Balogh sounded like an economist.  From what you could understand of his message, it was old and tired.  It was also probably right.  If the State spends the money where it seems most needed, justice is at least aimed at, even if not necessarily achieved.  The last Tory tax bonanza brought the country nothing but property speculation - the worst morale-killer of the lot.

Unless you happen to know who Lord Balogh was, you might be forgiven for thinking that this is a passage from a recent book about economics or politics.  It's not any of those things.  It's from one of the wisest, funniest, continuously delightful books I have in my collection, and one I come back to regularly.

The book?  "On Television": a compendium of the three books Clive James wrote, collecting his TV criticism from The Observer and written between 1972 and 1982. The three books are "Visions Before Midnight", "The Crystal Bucket" and "Glued To The Box".

The piece?  A review from 9 April 1978 of a programme discussing what should be done with the revenues coming in from North Sea oil.  Keith Joseph argued that it should be used to finance tax cuts.  Tony Benn was in favour of bolstering British industry.  Lord Balogh (a Labour peer) argued as above.  If you're more than about 25, you can work out what actually happened.

I don't feel even vaguely qualified to judge the breadth of knowledge that Clive James commands but I do know that these volumes are an excellent introduction to his writing.  If you only know him as a plump Australian who used to appear to telly and even if you weren't born when the programmes he reviews were shown, have a read of these books.  They're well worth it.