Syrup by Maxx Barry (1999)
One of the most enjoyable books I've read in a long time. Ostensibly a satire of marketing, it is actually a rom-com with a happy ending (I'm always a sucker for a happy ending), in the same way that The Office was actually a love story with a surface sheen of documentary. Nice and short too. Thanks Nat!
The Week (8 June 2013 / Issue 923)
The QI Book Of The Dead by John Lloyd & John Mitchison (2009)
This compendium of fun-sized biographies of the great and the good (and also some of the bad) is very much like its parent programme; choc-full of facts but a little bit wearing after a while. Interesting but more for dipping into than sitting down for a long read.
The Week (15 June 2013 / Issue 924)
Terminally Single by Katie Jenkins (1991)
Every now and then I like a book with a bit of romance and a guaranteed happy ending. For this, you can't beat a proper Mills & Boon. Sweet, unpretentious, feel-good fiction.
Memoirs Of A Fruitcake by Chris Evans (2011)
Breathless ride through the second half of Chris Evans' life so far. Very readable and good fun. You can't help feeling, though, that he really does have the most outrageous luck. Sure, he works hard for it, and is probably the pre-eminent broadcaster of his generation, but, really ...
The Perfect Neighbour by Nora Roberts (1999)
Pulp fiction? It's easy to regard genre romance novels as disposable, formulaic mush - much is - but if The Perfect Neighbour was made into a romcom, it would be a smash - even if it is a little reminiscent of Caroline In The City (I used to love that. But then who doesn't love Lea Thompson?) This is lovely; a proper plot, clear characterisation, no clunky, overly fact-filled dialogue (you know the type: "have you spoken to your brother the sculptor who just broke up with his girlfriend?"), and a good ending. But then Nora Roberts is a proper author and not just a housewife feeding the Silhouette machine.
How Mumbo-Jumbo Conquered The World by Francis Wheen (2004)
Francis Wheen's definition of "mumbo-jumbo" gets broader the further he gets into the book. By the end it encompasses any viewpoint he disagrees with. In general I am sympathetic to most of his views and he puts his points across with concision and passion, but a more honest title would have been "How Political Opinions I Consider To Be Incorrect Have Achieved More Widespread Acceptance Than I Am Comfortable With".
A1: Portrait Of A Road by Jon Nicholson (2000)
Mildly diverting for half an hour, this collection of photographs doesn't seem to capture much of the sense of the road itself. Potentially an interesting concept fumbled, somewhat, I feel. And I'm no expert, but I don't rate the composition of the pictures much either.
The Week (22 June 2013 / Issue 925)
Guitarist (August 2013 / Issue 370)
The Week (29 June 2013 / Issue 926)
More pointless drivel from mark No comments: 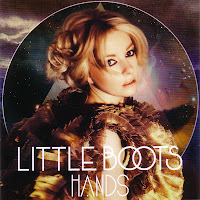 I have a vague association in my mind of Little Boots with the eighties synth revivalists, and given how much I enjoyed La Roux's debut album, I dug this out. Turned out I've actually had this album for a while but somehow never listened to it before now.

Once again we have all the obvious electropop influences: nicely tinny drum samples, buzzing synth tones and glistening echoes; songs with big singalong choruses. However if you didn't know any better you would be more inclined to categorise this with contemporary pop/dance. It illustrates just how much influence the giants like Depeche Mode or The Human League have on music today, and it doesn't need a self-conscious decision to revive them. "New In Town" or "Click" could easily be Girls Aloud (although I'm fairly certain you won't find Phil Oakey guesting on one of their albums any time soon, as he does here on "Symmetry"). "Remedy" or "Stuck On Repeat" wouldn't be out of place on Eurovision (and would have won, no problem). It's all very, very polished and very, very commercial.

It's important to understand that this isn't a criticism at all. I ♥ Pop. Done well, it's my favourite kind of music by far. Hands is packed with soaring tunes, great tones, cool hooks and superb production. If it feels a little more shallow than La Roux then that's maybe due to more immediacy and a little less variety. Still great stuff though.
More pointless drivel from mark No comments: 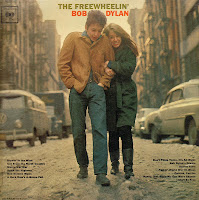 David Hepworth once wrote that if you're under 50, you probably don't get Bob Dylan.[citation needed] I think his point was that the way Dylan approached music making was more influential - on both musicians and listeners - than the music itself. If you are old enough to have been influenced directly, then you are more likely to appreciate it. On the other hand, a younger person will - can - only judge him by his musical legacy.

I think this is very plausible and goes some way to explaining why I've always considered Dylan to be really overrated. For me, the music does not stand up by itself. I've never been interested in lyrics, particularly any that are cryptic or pretentious. It's supposed to be pop music, not pop poetry (and yes, Bob Dylan is pop). Musically, Dylan can be really tiresome: his voice is an acquired taste at best (infernally grating at worst), the harmonica playing is horrible and most of the instrumentation sounds like an afterthought.

The more I learn about Dylan, the less I like. He is such a fake. The whole persona is a construction. The protest singer who made his name in New York isn't any more genuine than the folk rock revolutionary of the mid-sixties or the hillbilly from Nashville Skyline. Not that this should matter at all: I rather like Nashville Skyline, as it happens, because it has good tunes and decent musicians; and Bowie made his career out of alternative identities. What rankles is that at no point does Dylan admit that it is a construct. Sure, the mystique clearly works for him. It just annoys me.

Anyway, this is his second album. The best songs have a proper tune, even if Dylan's voice is only barely up to carrying it: "Masters Of War", "A Hard Rain's A-Gonna Fall" and "Don't Think Twice, It's All Right" (I think it's significant that, uniquely, covers of Bob Dylan songs tend to be better than the originals.) However, too much is affected, "rootsy" folk: "Bob Dylan's Blues", "Down The Highway" and "Talkin' World War III Blues" are all rambling tedium over rudimentary backing. It's probably good of its type but it's not enjoyable music.

Despite all this, I like Freewheelin'. I only bought it this year but I've known it since I was sixteen or seventeen, when my friend Josh got a copy on second-hand vinyl. He played it to death, and listening to it now takes me straight back to those winter evenings spent smoking dope, talking pretentious bollocks and writing our own songs. Even the rubbish tracks are evocative and heavily influenced Josh's own writing and performances, which, for personal reasons, I love. It does mean that I won't listen to this album very often. Those memories are among my most precious; I don't want to risk losing the ability to summon them.
More pointless drivel from mark No comments: