Shakespeare by Bill Bryson (2007)
A very nicely concise synthesis of what is known about William Shakespeare, without scholarly pretension or unnecessary speculation - but also, oddly, without much sense of what makes him so revered. Perhaps that's taken for granted.
1971: Never A Dull Moment by David Hepworth (2016)
I really like this book but it reads like Hepworth talks, which doesn't work quite as well on the page. Oddly, having listened to a sample of the audio book - read by the author himself - it sounds stilted by comparison with his usual fast-talking, sardonic style. So it is that contentious statements, which come across in broadcast as being at least slightly tongue-in-cheek, tend towards boorishly arrogant in written form. This goes double for the central theme, that 1971 was "Rock's Golden Year". David Hepworth turned 21 in 1971. I turned 21 in 1990; I think you could write an equivalent book about the latter year and make the same claims for things that "changed musical history".
Nothing Is Real by David Hepworth (2018)
If the subtitle - The Beatles Were Underrated And Other Sweeping Statements About Pop - shows a certain self-conscious flippancy, then little of the text exhibits it, to its detriment, I think. I agree with much of what he says, particularly about the primacy of pop music over any attempts to intellectualise it, but some of the aforementioned "sweeping statements" put entertainment value over accuracy. Still, it's nice to have some of Hepworth's pieces for The Word magazine in book form (particularly since I was forced to get rid of my magazine collection last year); and in fact, I could have done with more - this is a surprisingly and disappointingly slim book. Maybe he's holding some over for Volume 2.
Kill Your Friends by John Niven (2008)
The selling point for this book is the outrageous language and situations; extravagant sex, lorry-loads of drugs and a tiny bit of rock'n'roll. Funny, but a bit too in love with its own shock value and a bit light on actual plot. The characterisation is vivid but somewhat one-dimensional, although if some of the characters are cliches that's possibly because they are in real life too. It's a satire, obviously, and so - I hope - exaggerated for effect, although I fear not as much as I wish.
The Guitar Magazine (December 2018 / Vol 30 No 03)
Never Say No To A Rock Star by Glenn Berger (2016)
An insider's look into the studio life in 1970's New York. Berger gives a good sense of the madness of the life as well as, unusually in books on this subject, the sheer amount of hard work being a studio engineer. Sure, working a tape machine isn't exactly mining coal but it's technical, exacting and draining. The book interleaves stories of stars with the author's love affair with recording music. Entertaining but if I'm honest, I could have done with a little less of his own story.
The Fourth Protocol by Frederick Forsyth (1984)
A highly readable and compelling thriller. Whether it's believable is perhaps a different matter. The picture Forsyth paints of the Soviets, in particular, is probably coloured by his own political convictions - although it does ring true - and in particular his portrayal of the Labour Party as being on the verge of takeover by the hard left, which sounds more like a paranoid right wing delusion. What is indisputable is that although this was published a year after the 1983 election, it correctly predicted when the next would be, which is interesting. Maybe Margaret Thatcher was a fan.
The Case Of The Restless Redhead by Erle Stanley Gardner (1954)
I used to read the Perry Mason mysteries a lot when I was in my teens. I'm not entirely sure why - they are formulaic, hopelessly dated - in fairness, this one's 65 years old! - and hard to believe. Nevertheless, as combination whodunnit and courtroom drama, this is easy to read and is ideal bedtime reading.
The Kiss Quotient by Helen Hoang (2018)
They say "write what you know", and Helen Hoang has surely followed this advice. So in this sweet romance, we have a heroine who is autistic (as is Hoang), and a hero of Vietnamese descent (as is Hoang). Both of these unusual elements add to the story; I was concerned that having an autistic central character would be a bit gimmicky, but as a device to analyse love, it works really well, because she needs everything explained to her. It helps that the main personalities work well and that the story, although fairly conventional in romance terms, feels realistic, with convincing secondary characters. I enjoyed it very much and read it very quickly, which is always a good sign! 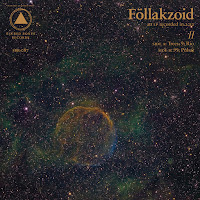 Since I already have a couple of Neu! albums, I'm not sure I need this. It's fairly generic trance-rock/krautrock of the kind that's huge fun to play - and fun to listen to under the right circumstances. There's not a lot of variation between tracks though, nor much variation or dynamics in the tracks themselves - although, to be fair, that's not the point of this kind of music.

Great cover though.
More pointless drivel from mark No comments: 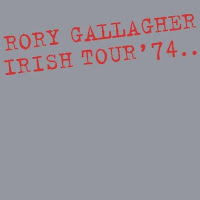 Rory Gallagher is a bit of a cult favourite amongst guitarists, partly for his superb blues soloing and tone, and partly for his astonishingly battered '61 Strat, which looks like it's been soaked in acid and left in a peat bog for a year. That's the guitar he's playing on this live album (at least according to the footage I've seen), and the sound is legendary enough to have inspired both a replica of that guitar and a set of reproduction pickups named after the album.

To love this album you have to love the blues. I've always liked good tunes and when that can be married with stellar guitar playing then so much the better, like "The Thrill Is Gone", "All Your Love" or "Bad To The Bone", all clearly blues or blues-inspired. And of course you can't ignore the fact that the blues underpins huge swathes of classic rock.

Given the choice, though, I'll take the tune and leave the guitar, because the alternative is almost always dull, and sadly too much of Irish Tour falls into this category. It's probably a different prospect when you're there and the room is rocking, but at home, only a few tracks emerge out of the generic blues-rock on offer.

By far my favourite, and the reason I got the album in the first place, is "Walk On Hot Coals". The first part of the track is a pretty generic but energetic 12-bar boogie that lights up when it swerves in the chorus to an F/Em/D progression. Then in the second half of the track there's an extended instrumental workout over this section, which has superb dynamics and some staggering playing. If we could lose the organ solo I'd be even happier.

I also like "Tattoo'd Lady", an up-tempo number that sounds like Disraeli Gears-era Cream, complete with a decent tune (no idea what he's singing about though); and "A Million Miles Away", a slower, soulful track with an interesting, albeit slightly over-long, solo. The rest just blurs into one for me, though, with nothing standing out.

All that said, Rory's playing is never less than excellent and as a memento of a much-loved rocker in his prime, you can't do better.
More pointless drivel from mark No comments: