The Kinks Are The Village Green Preservation Society 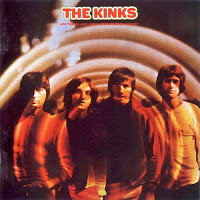 For rock music, I think the key decade since the birth of rock'n'roll is the seventies. The developments in style and recording techniques during that time mean that while anything prior to it sounds irrevocably dated, anything post about 1977 (stylistic considerations aside) sounds almost, if not actually, modern.

As a case in point, here's The Village Green Preservation Society; all tinkly, faintly awkward English sub-psychedelia, it could not have come from any other time than the late sixties. It was even released in mono, for goodness sake! A mere nine years later and you can choose from the air-brushed, silken sheen of, say, Rumours or Aja, either of which sound like they could have been released last year, or the professional punch of Never Mind The Bollocks or News Of The World, guitar rock that has been constantly referenced since.

Anyway, this is an album of its time, then, and very reminiscent of others of its era. "Do You Remember Walter" sounds like the more whimsical bits of early Floyd. "Big Sky", probably my favourite track, could have come off Ogden's Nut Gone Flake or Jack Bruce's Songs For A Tailor. As  you'd expect from Ray Davies, decent tunes are in good supply, although a few sound somewhat contrived. The Village Green Preservation Society is a concept album, clearly (anything titled "<band name> are <something else>" can't be anything but) but I'm struggling to detect the concept. Musically, it sounds like a collection of pop songs - nothing more, nothing less.

As you might gather, I haven't been blown away. Nice enough, very evocative of a certain period, but I'd rather listen to Piper At The Gates Of Dawn.
More pointless drivel from mark