No Line On The Horizon 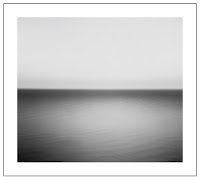 First impressions: is this the dullest cover art ever? U2's web site calls it "striking". Er, OK, thanks boys, I'll stick with "boring". Given that U2 had generally been considered to have been going through the motions for several albums before this anyway, it seems like a ... brave choice.

Second impressions: the music isn't immediately striking either. Like another purchase at about the same period, Pet Shop Boys' Yes, this is an album from a band I've loved since my teens that I bought just because it was their latest; and again, it was the last time I did so, probably because the album didn't grab me straight away.

In fact, I was all prepared to write this album off as another from a band past its sell-by date (even one with as long a shelf life as U2), and I'd even written up a whole blog post to say so. But while I was writing it, the songs crept up on me. What U2 do, they do well, and what they do is arena-sized rock. A sense of the epic comes built in. If that's to your taste - and it's always been to mine, since 1984 and the first time I heard the War album - then there's plenty here to like.

I would describe it as mostly mellow, mid-paced rock, although that makes it sound duller than it is. The first two songs, "No Line On The Horizon" and "Magnificent", both have that restless, searching quality that Bono conveys so well when he sings at the top of his range. There's some quieter, moodier moments in "White As Snow" and "Cedars Of Lebanon". There's an inescapable reminder of older, classic U2 moments in many songs ("White As Snow" has definite echoes of "One", for example), but I suppose that's difficult to avoid when you have a full back-catalogue and a distinctive sound.

Sure, there are a couple of cringey moments - "I'll Go Crazy If I Don't Go Crazy Tonight" is the kind of meaningless paradox that appeals to shallow minds, while "Get On Your Boots" feels like a bunch of middle-aged men trying to be cool (although Edge's fuzzed-up riffing is pretty cool).

It's not a classic album and I'd be hard-pressed to name or sing the songs unaccompanied. But I'm still enjoying them while they're on. Not such a waste of time as I thought.
More pointless drivel from mark