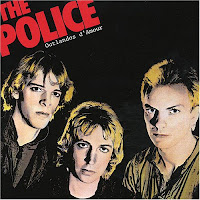 Many online reviews of The Police's first three albums are faintly derisory, acknowledging the quality of the musicianship but questioning the authenticity of the songs. The suggestion is that The Police were somehow fake; that they deliberately engineered their image and sound to suit the times but that their hearts lay somewhere else.

This is, of course, classic inverse rock snobbery, but, for some reason, it persists. Only last month, an article in The Word could describe Zenyattà Mondata as "overrated" and add, "surely, no-one listens to this any more". Yet the notion that, say, The Clash or The Ramones were in any way less artfully conceived or more genuine (whatever that means in this context) than The Police is clearly bollocks. 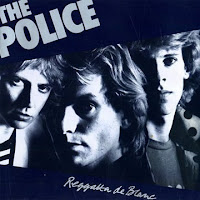 I think that, over thirty years later, we should be able to get past this and appreciate the albums for what they are. In this age of inflated artificial celebrity, instant fame and naked ambition, can we really fault a band that wrote and recorded such classics as "So Lonely", "Roxanne" or "Can't Stand Losing You" (all off Outlandos d'Amour), "Message In A Bottle"or "Walking On The Moon" (from Regatta de Blanc), or "Don't Stand So Close To Me" and "De Do Do Do, De Da Da Da" (Zenyattà Mondatta)?

And that's just the singles. Many of the album tracks are just as good. My favourites would include "Hole In My Life", "Truth Hits Everybody", "Masoko Tango", "Bring On The Night", "The Bed's Too Big Without You", "Driven To Tears" (fantastic guitar solo), "When The World Is Running Down, You Make The Best Of What's Still Around" ... I could go on. 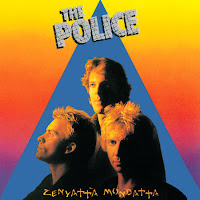 What still shines through is the sheer expertise on display. Obviously, with the benefit of hindsight, Sting is a brilliant songwriter. Even if you don't like the songs, surely you can see the craft. Andy Summers is an astonishing guitarist, his unassuming manner and nonchalance disguising true mastery of his instrument. And Stewart Copeland is generally acknowledged as one of the world's best drummers; again, the lightness of touch masking the skill.

I really enjoy all three of these albums and I think they're all underrated, if anything.
More pointless drivel from mark