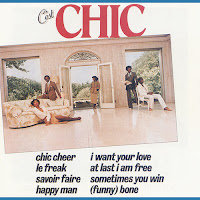 If all you know of Chic is "Le Freak" and "Good Times" then you might assume that they were a pure disco party band. However, as Nile Rodgers - a man who seems to be everywhere these days - has stated, their ambition was to present a whole, sophisticated image (hence the name). So in fact, despite the globe-straddling dominance of their most famous tracks, they don't really represent what Chic were really about.

More representative of both albums' feel are the lesser-known singles such as "I Want Your Love" or "My Forbidden Lover": groove-laden but laid back and infused with an undercurrent of mournfulness. Album tracks like "Sometimes You Win" or "Can't Stand To Love You" are much more in this vein, while full-on ballads like "At Last I Am Free" and "A Warm Summer Night" fit the relaxed mood much better.

Overall, then, the feel of both albums is surprisingly a lot less immediate than I expected, given the band's reputation. Indeed, my initial impression was one of slight disappointment. But a number of repeated listens have brought out the appeal in tracks like "What About Me" - a nice groove - or "Savoir Faire" - a smooth instrumental with some very tasteful guitar soloing. 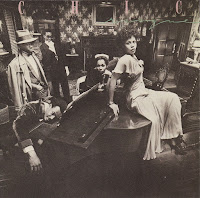 Talking of guitar, as the last surviving male member of Chic, Mr Rodgers has become the face of the band, and there's no doubt he's a superb and unique guitarist. However, the real engine behind the music is unquestionably Bernard Edwards, whose wonderful, funky bass winds, bubbles, growls and powers through the grooves, forming the backbone around which everything else hangs.

Released in consecutive years, during which Rodgers and Edwards seemed to be doing a million other projects too, these two albums are not identical in feel but do form a very consistent whole. And while they are not disco party albums, they are satisfying listening.
More pointless drivel from mark