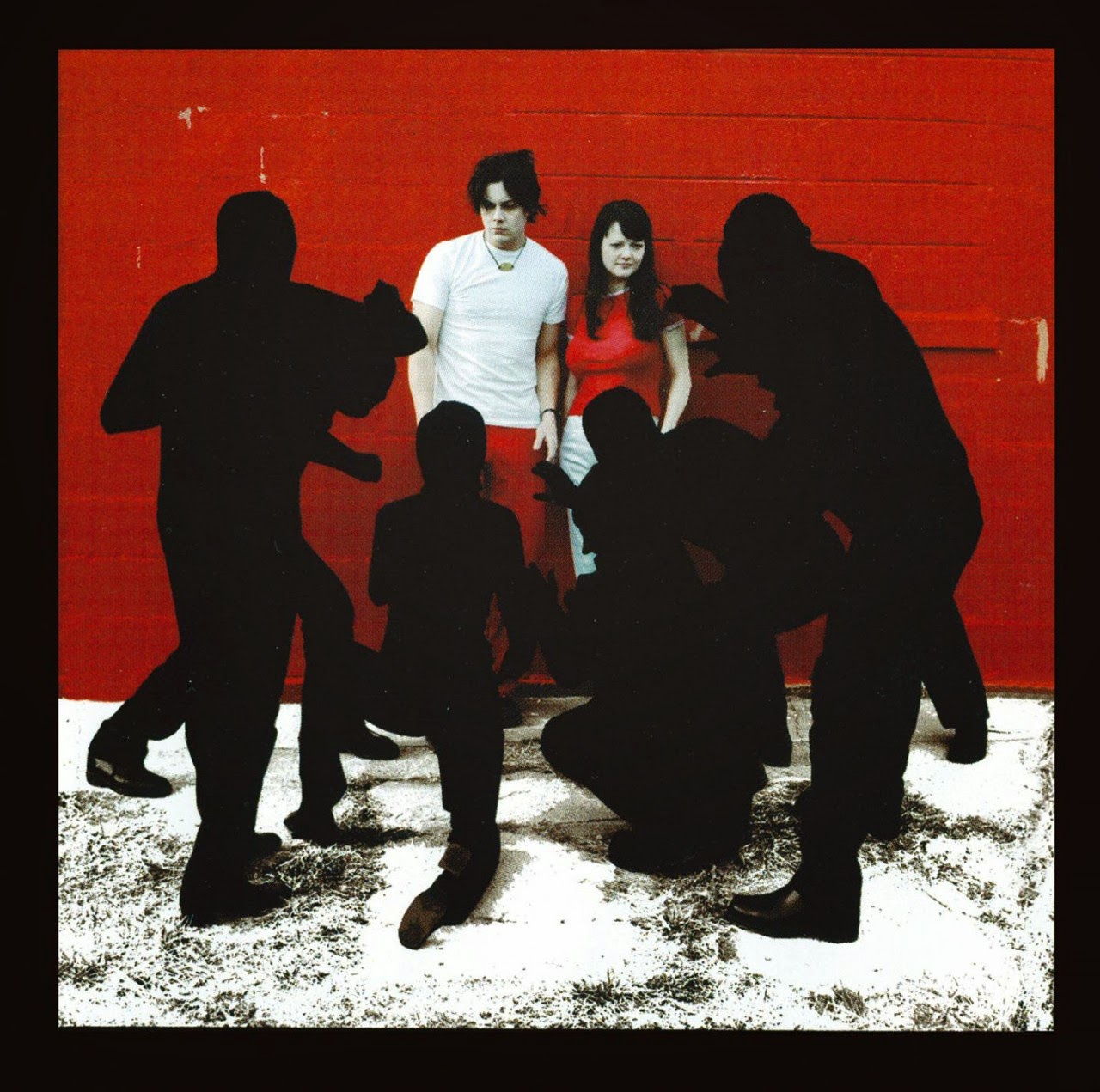 The White Stripes passed me by at the time of this album and continued to do so until a couple of years ago, when I watched the guitar geek fest that is It Might Get Loud. While thoroughly enjoyable (albeit a touch indulgent in parts), this does come across as predominantly a Jack White film, starting with a cool scene where he constructs an extremely rudimentary electric guitar with a block of wood, a couple of nails, a bottle, one guitar string and a pickup. Later there's some great footage of him playing with The Raconteurs.

White is widely acknowledged as a guitar aficionado and often fêted as a next generation guitar god. However, despite my interest in all things guitar related, in general I find guitar-centric music from the likes of Steve Vai, Eric Johnson or even Rory Gallagher to be a little wearing after while. Music for listening needs to have hooks, melodies and structure. Personally, I rarely find that in music made by instrumentalists, regardless of the ability on display.

White Blood Cells is much more about the songs though, I am happy to say, even given the famously stripped down line up. However, I think the quality control threshold was set a little low. There are sixteen songs here, yet the album length is barely forty minutes. Some of the tracks are just sketches, although to be fair most tracks have a germ of an idea which would be good, but is insufficiently explored; for example, "Expecting".

The best developed tracks are good though. The singles - "Fell In Love With A Girl", "Hotel Yorba" - are excellent of course. "We're Going To Be Friends" is a cute nursery rhyme. "Dead Leaves And The Dirty Ground" reminds me of Bowie's "Width Of A Circle".

Unfortunately there are definitely some tracks that wouldn't be missed. "I'm Finding It Harder To Be A Gentleman" kind of peters out after wandering vaguely around for a while. "Little Room" is a sketch. "Aluminum" is a load of noise, probably excellent fun to play but wears thin to listen to in about twenty seconds.

Overall though nothing has captured me and I wouldn't be racing back to the album. I'm not quite sure what made this album one of Rolling Stone's top 500 albums ever.