Journey Through The Secret Life Of Plants

Curate's egg of an album nevertheless proves that, pre-1982, there really was no such thing as a bad Stevie Wonder album. 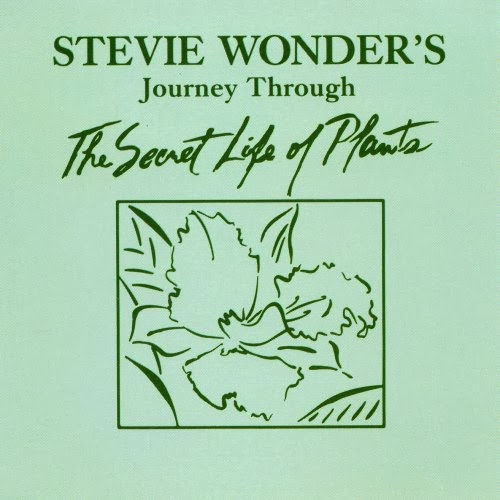 Is this a proper Stevie Wonder album? It was originally a soundtrack to a long-forgotten slice of pseudo-scientific nonsense but, thanks to Wonder's fame, the music has long since outgrown the association. In fact, the instrumental sections illustrate the images rather well (remarkably so given that Stevie obviously couldn't see any of them), and they are never dull; but taken on their own they are a little aimless.

I much prefer the songs with more traditional lyrics and structure, and one of the good things about this album is that it contains some lesser-known examples of Wonder's songs that are new to me. "Race Babbling" is a nicely funky groove, although it's a bit too long. "A Seed's A Star" has a great tune and driving beat, and wouldn't be out of the place on Songs In The Key Of Life, nor would "Outside My Window".

There's quite a lot of what sounds like early digital synth technology, which now sounds more much dated than the analogue synthesizers used on earlier classic albums like Talking Book - what are classified in my mind as Casiotone sounds, although I'm sure that in 1979 it took a lot of expensive technology to sound like that.

Nevertheless, there is more good than bad here and it's great to find some Stevie Wonder material that hasn't been played to death.
More pointless drivel from mark