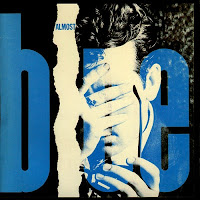 Country music is and has always been unfashionable in the UK, but it doesn't sound like inverse cultural one-upmanship was the driving factor in Elvis's choice to record an album consisting entirely of covers of country songs. All the cliches are present and correct: the swooping pedal steel, the sweet background vocals, the two-step rhythm; but it all seems to be done with genuine feeling, and I can understand the attraction, for a songwriter, of the classic melodies and story telling tradition in the music.

Costello's thin, reedy voice is unexpectedly suited to the slower ballads; the prime example being the peerless "A Good Year For The Roses", but also heard to good effect on "Sweet Dreams", "I'm Your Toy" and "How Much I Lied". He's less convincing on the rockier songs. "Honey Hush" is particularly anodyne compared to Johnny Burnette's version (and, as a prototype rockabilly tune, it's an odd inclusion here), while the opener "Why Don't You Love Me (Like You Used To Do)" is mercifully short. Why someone capable of a track as powerful as "Pump It Up" should falter on the harder-edged tracks here I don't know.

Country music isn't my favourite but any album that includes something as superb as "A Good Year For The Roses" can't be all bad, it has some very memorable tunes (often the way with country), and it hangs together better as an album than Armed Forces. And it has a wonderful cover, even if it is a (deliberate) rip-off of Reid Miles's seminal sixties work for Blue Note.
More pointless drivel from mark