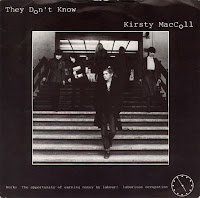 Now this is perfect pop. A girl is in love with someone she knows is unsuitable and defies her friends and family; but she realises they might be right. It has hope and sadness combined, a beautiful tune, and a cool guitar solo. And when the harmonies kick in behind the lines

I get teary every time, I don't mind admitting.

Kirsty MacColl wrote the song, but it wasn't a hit for her due to distribution problems at Stiff. So the Tracey Ullman version is probably better known. 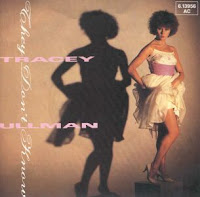 The two versions are very similar and I just can't choose between them. Kirsty's trademark deadpan vocals add a sense of pathos lacking from the more emotive Tracey (comparatively, of course), but the Phil Spector-esque wall of sound production on the second version suit the song better. And in any case, I believe that Kirsty's doing all the harmonies (a MacColl trademark, of course) on the Tracey version too.
More pointless drivel from mark